Kanye Omari West is born in Atlanta on the 8th of June 1977. He’s born to Donda West and Ray West. When Kanye was 3 years old his parents divorced and he moved to Chicago with his mother. There he would grow up to become the producer and rapper that he is today. His youth in Chicago is something that has inspired him his whole life, and a regularly recurring theme in his raps. On his album “Graduation” he wrote the song “Homecoming” as a tribute to his “windy” city, Chicago.

Kanye West started as a producer in the late ’90s, but his big break from producing came in 2003 when he produced for Jay-Z and Roc-A-Fella Records. His true dream, however, was to become a rapper, instead of a producer. He struggled hard to shake his initial reputation as a producer because nobody saw him as a rapper and wouldn’t give him a chance. We recently published this rare freestyle of Kanye West in 2000, before the fame. In October of 2002, he got in a near-fatal car accident and saw it as a wake-up call. Since then his main focus would be to become a rapper and produce on the sidelines.

His struggle ended when Jay-Z and Damon Dash gave him a Roc-A-Fella record deal after hearing him rapping in the studio when he was producing a song for him. Reportedly the whole crowd (including Jay-Z and Dame Dash) saw his potential when he rapped the line “Mayonaise colored Benz, I push Miracle Whips”. They dropped to the floor from the genius of that line and instantly offered him a spot on the label.

Since that specific day in the studio, lots has changed for Kanye West including his net worth. With $250 million he has amassed a great fortune for himself and his family. He has sold millions of records and multiple platinum albums. His Yeezy clothing line and sneakers are breaking all the records right now, and his shows are met with raving reviews due to the movie-like production it enjoys. Whenever Ye does something, he goes all out and takes no prisoners.

He lives with his wife Kim Kardashian and their kid’s North-West, Chicago and Saint. Funny fact is that his wife is actually richer than him due to all her reality shows, but we made sure to separate those figures from West’s net worth. They got married in 2014 and have been together ever since. He’s also made appearances on “Keeping up with the Kardashians”, the reality show that features the lives of the Kardashian family. 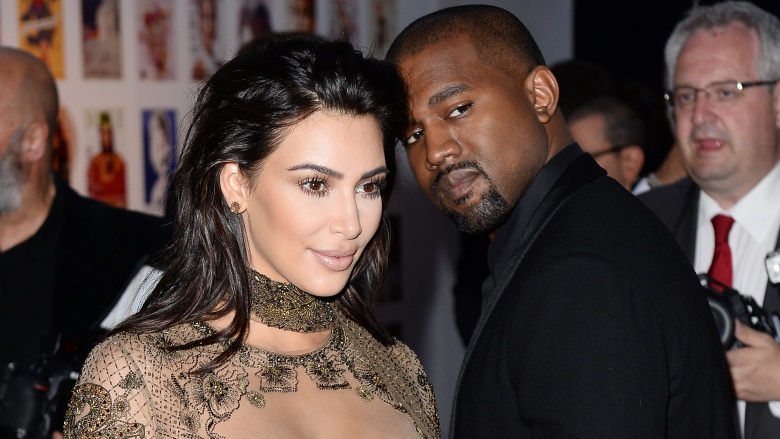 In 2015 he entered a partnership with Adidas to create his Yeezy sneaker line. They created the Adidas Boost 350, Boost 750, Boost 950 and they also created a designer clothing line simply called Yeezy. West worked with Louis Vuitton and Nike before Adidas, but grew unsatisfied with the numbers of shoes were produced, as these limited collections meant the shoes were really rare and not a lot of kids could get them. They were also resold for an average price of $1200. He left Nike after they told him he would never have a mass-produced sneaker line.

With Adidas, West worked on a scaling solution that allowed for a bigger production with every release of the Yeezy sneaker. The first collection is semi-rare, but after the initial success, more and more sneakers were dropped at every release. Nowadays it’s completely mass-produced and everyone can own a pair for about $350. It’s another dream of Kanye West that has become a reality.