Georges St-Pierre is possibly set to make his return at UFC 206 held December 10th in Toronto. Insider sources tell us that St-Pierre has reached an agreement with the UFC for “the comeback of the year.” Rumors of St-Pierre’s return have been floating around for a while now, but it seems the date of return has finally been set. Who St-Pierre will be fighting at UFC 206 is still unclear, but some rumors have it that his opponent might be Nick Diaz, who recently came off an 18-month suspension.

Evidence of the return of St-Pierre has been appearing slowly but surely over the past few months. To refresh your memory, here are the biggest clues that hint of St-Pierre’s return.

On August 10th mmafighting.com reported that St-Pierre has entered the USADA drug testing pool again. Entering the USADA pool is a requirement for UFC athletes who want to compete again. Entering the testing pool means that you can get tested at any time of any day for PED’s and other banned substances. It’s pretty obvious that only people who plan to compete enter the testing pool, as it’s pretty pointless to get tested randomly if you aren’t even planning to compete. 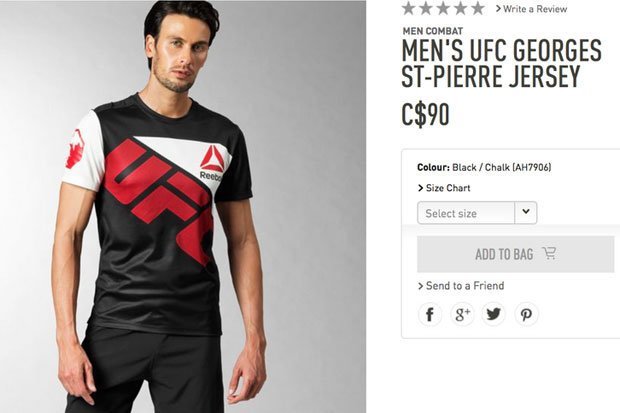 On August 16th this year, Reebok released the Georges St-Pierre fight kit in their store. The fight kit immediately sold out, but it still viewable on their website. This release shook up the MMA community as it was basically confirming the comeback of GSP. All UFC fighters have their own personalized Reebok fight kit, which explains why this is such a big deal. There would be no reason to have a GSP fight kit because when St-Pierre was still fighting in the UFC, the Reebok deal had not been closed yet. This is the first time a GSP fight kit has been released under Reebok.

UFC 206 announced to be held in Toronto on December 10th

This weekend UFC announced a series of upcoming events, and one of them was UFC 206 which will be held on December 10th this year. The UFC 206 event will be held in Toronto, Canada which is the home country of Georges St-Pierre. Earlier this year GSP revealed (see video below) in an interview that he was offered a “superfight in Toronto.” Everyone thought that the fight would be for the title against champion Michael Bisping, but with Bisping having an announced fight with Dan Henderson at UFC 204, rumors now speculate GSP will fight Nick Diaz.