After a night of partying in the trendy club LIV in Manchester, England, Conor McGregor stayed in his hotel room for 63 hours and kept fans & paparazzi waiting. The Notorious one was in Manchester to attend the “an experience with” event where he held an interview in front of an audience of 5000 people. The event was also available for PPV for $5. It’s been reported that the pay-per-view sales of the interview have passed the 100,000 barrier, which is unprecedented. This only demonstrates how big of a star McGregor really is, when you can sell 100k in PPV sales for a hour long interview. It’s unknown why the MMA superstar stayed in his hotel room for so long without leaving. Perhaps a big hangover from the party had something to do with it?

After the event was over McGregor returned to his suite in the Lowry Hotel in Manchester. After staying in for 63 hours he was spotted leaving the hotel sporting a nice Moncler Jacket. The Irishmen was heading to the airport to board his private jet. Pictures courtesy of The Sun. 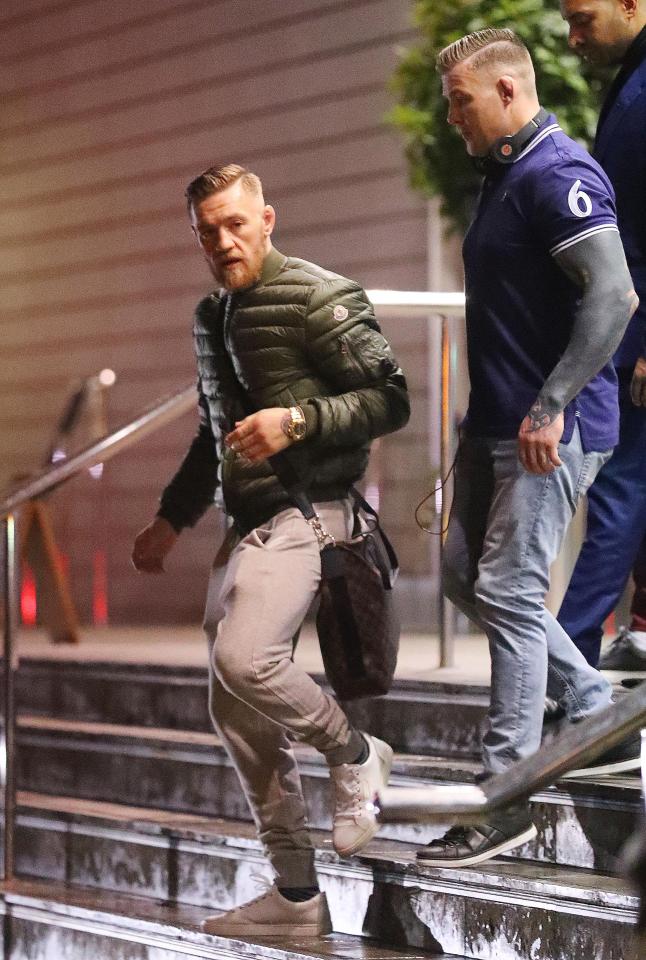 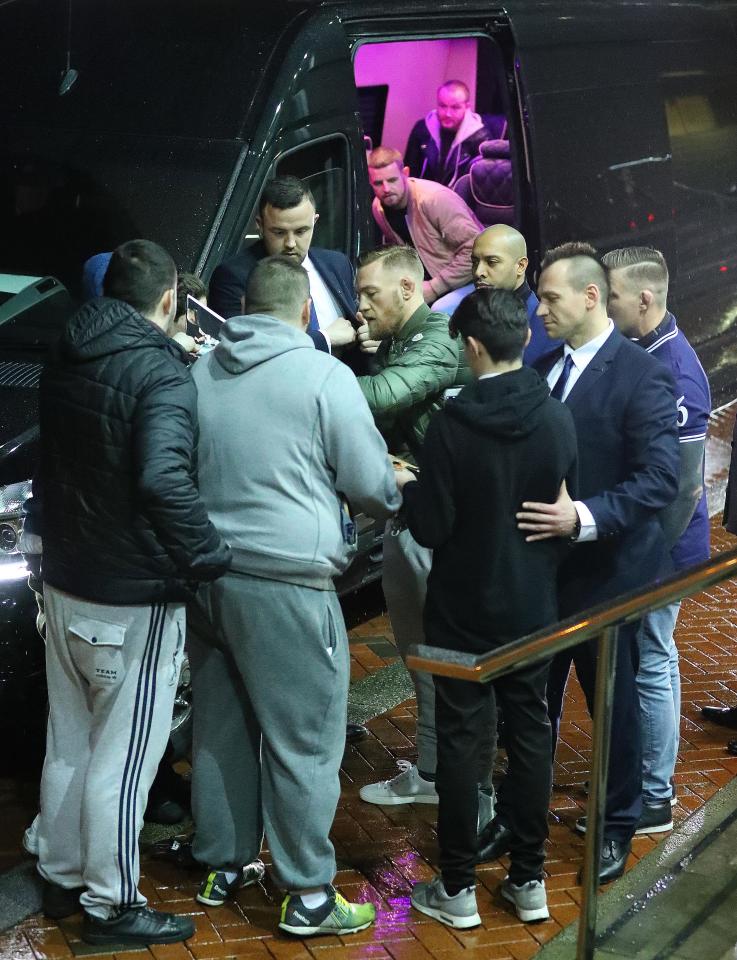 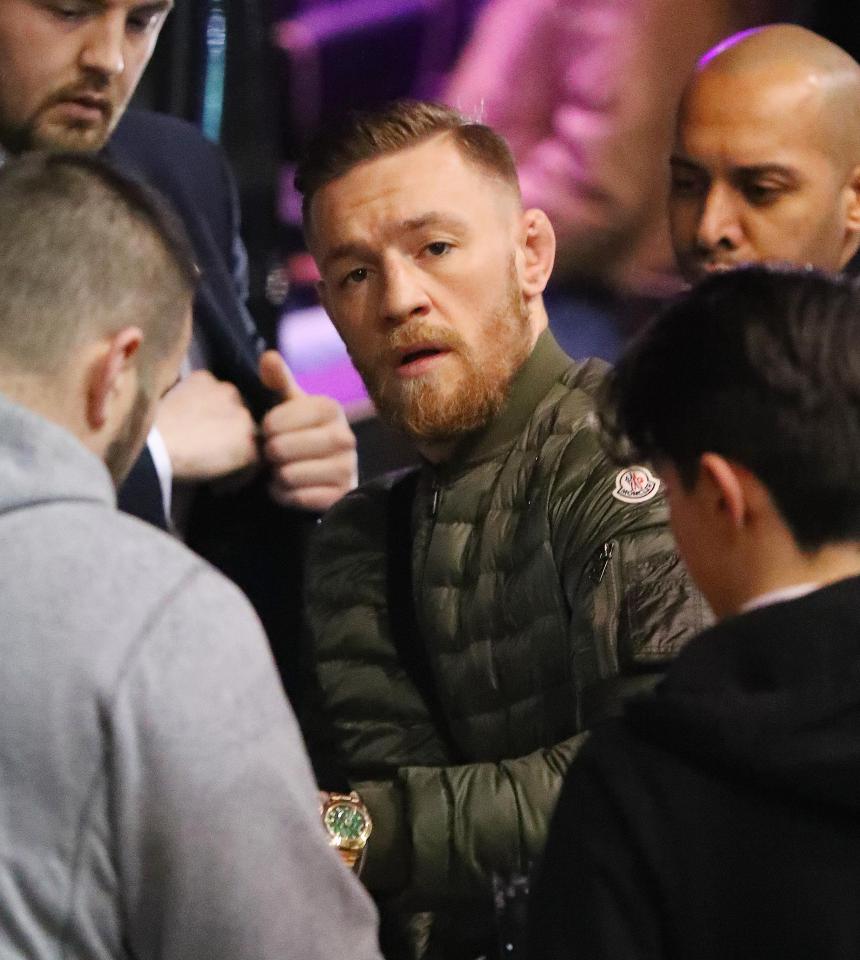